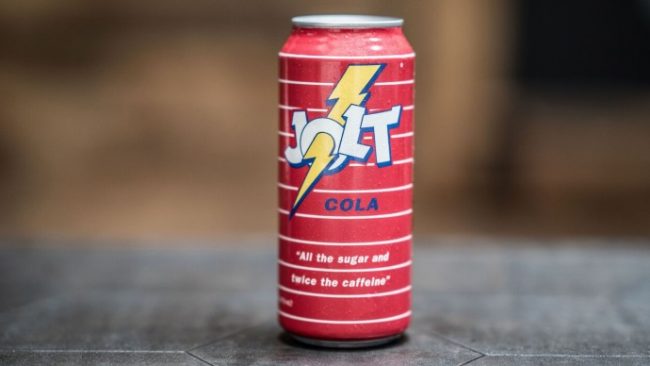 If you were an ’80s kid, you knew about Jolt Cola. It was the soda with SO much caffeine that a friend of yours swore they heard about a kid two towns over who died from drinking it.

Well . . . in these hardcore nostalgic times, Jolt thinks it can claim a spot in the market again. So it’s making its triumphant return next Thursday, exclusively at Dollar General stores. A 16-ounce can will cost $1.

If they keep their same caffeine content, each 16-ounce can will have 191 milligrams of caffeine, which is roughly the same as the major energy drinks . . . and way more than soda, but less than coffee.