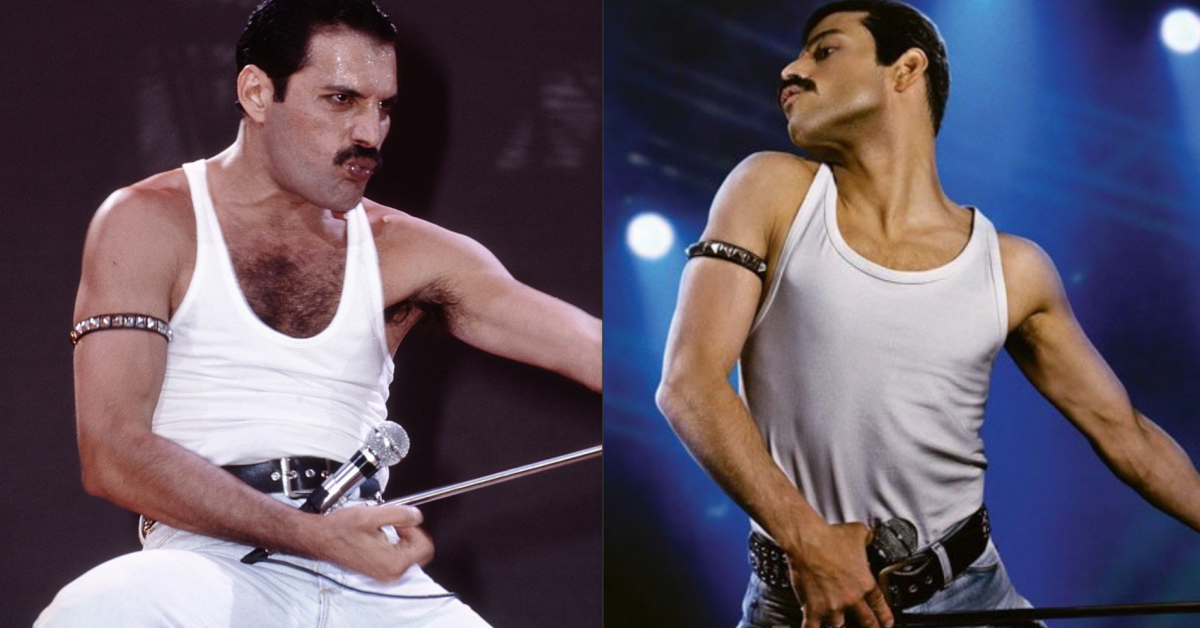 The first video of actor Rami Malek as late Queen singer Freddie Mercury from the upcoming biopic has surfaced.
The minute-and-a-half fan-shot clip from the set of the Bohemian Rhapsody movie captures a pivotal moment for the band: their comeback set at Live Aid in 1985. The video also includes Joseph Mazzello as bassist John Deacon, Gwilym Lee as guitarist Brian May and Ben Hardy as drummer Roger Taylor. 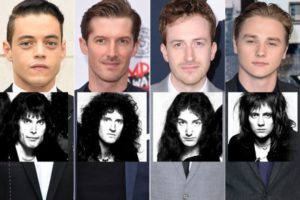 The clip, which includes a backing track of the song “Bohemian Rhapsody,” shows the film’s stars running onto the Wembley Stadium stage, where Malek — as Mercury sporting a sleeveless white T-shirt, faded jeans and that mustache — sits at the piano to sing the song’s opening lines.