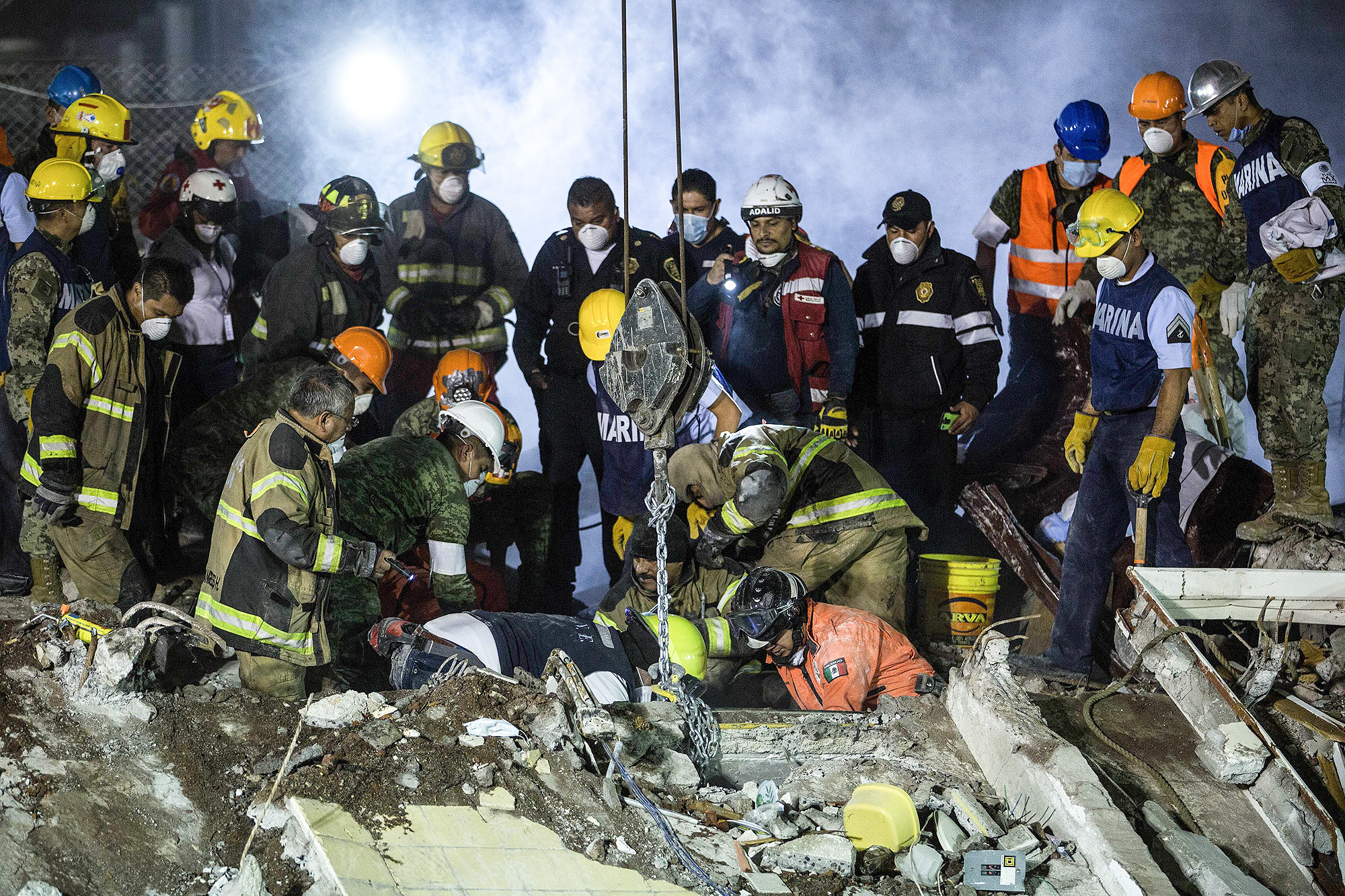 A 12-year-old girl’s wiggling fingers caught the attention of rescue workers desperately searching for survivors in the rubble of a collapsed school in Mexico City after Tuesday’s deadly earthquake. Distraught parents are still holding out hope for survivors after the Enrique Rebsamen school buckled into a pile of concrete following the 7.1 magnitude earthquake.

The bodies of 21 children and four adults have been discovered at the site, Mexico’s Education Minister Aurelio Nuno said. Eleven people have been rescued, and three people are still missing from the school’s roster — two children and a teacher.

The young girl was spotted buried under the debris early Wednesday. Rescuers managed to make contact with the student as well as give her water and oxygen, the education minister said. She is trapped under a granite table or desk, which is giving her some protection from the rubble.

The girl told rescuers that there were other students nearby, but she couldn’t tell if they were alive, according to broadcaster Televisa. Hours later, crews are still working tirelessly to free her, but they have to move slowly to prevent the unstable ruins from collapsing further.

Young students were seen being pulled out of the rubble in dramatic video posted to social media on Wednesday. At least 237 people were killed by the earthquake, which struck about 90 miles (150km) southeast of Mexico City on Tuesday, 32 years to the day after a 1985 quake in Mexico killed thousands.