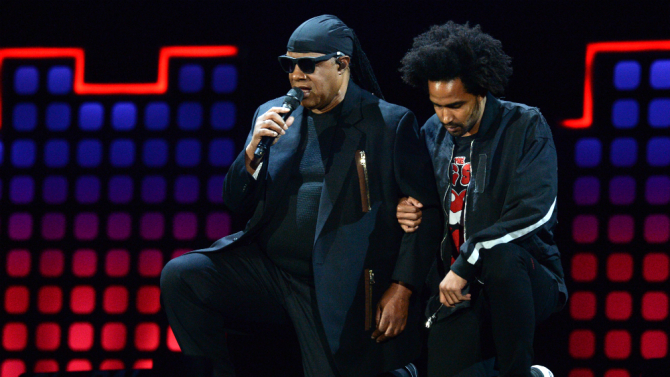 Over the weekend, the president’s calls for NFL players to stand during the national anthem dominated the news cycle.

Last year, San Francisco 49ers quarterback Colin Kaepernick launched a movement within the NFL by kneeling in protest of racial injustice and social inequality. Trump tweeted that NFL team owners should fire players who don’t stand for the national anthem: “Get that son of a b—- off the field right now,” he said at a rally on Friday night. The comments lead to many teams kneeling or locking arms during the national anthem this weekend.

NFL bosses, players, politicians, celebrities and everyday Twitter users voiced their support for players’ rights to protest. So did a number of music stars over the weekend. During a benefit concert in Charlottesville, VA, Pharrell joined the conversation by taking a knee himself. 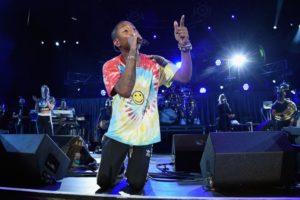 CHARLOTTESVILLE, VA – SEPTEMBER 24: Pharrell performs with The Roots at “A Concert for Charlottesville,” at University of Virginia’s Scott Stadium on September 24, 2017 in Charlottesville, Virginia. Concert live-stream presented in partnership with Oath. (Photo by Kevin Mazur/Getty Images)

Dave Matthews’ Concert for Charlottesville (which also featured Ariana Grande, Justin Timberlake, The Roots and more) memorialized the racial violence that erupted in the city last month at a white supremacist rally. During the same concert, Matthews and Stevie Wonder made the same gesture. Wonder gave a brief speech about the divisive forces of racism and white supremacy.

“What I have seen too much if is breaking my heart,” he said. “I have seen hate marching down the streets disguised as a cry for equality. If can see it, dammit, I know you can see it.”

Matthews kept his message simple: “I take a knee for America and two knees in prayer for our world. Amen.”

At Pilgrimage Festival in Franklin, Tennessee, Eddie Vedder dropped to his knees during a performance of “Elderly Woman Behind the Counter in a Small Town.” Billboard reports that the crowd erupted in applause when they recognized the symbolic gesture. 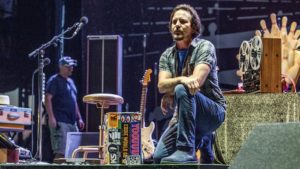 Meanwhile, De La Soul paused their Life is Beautiful performance in Las Vegas to say: “Pardon me while I take a knee.” 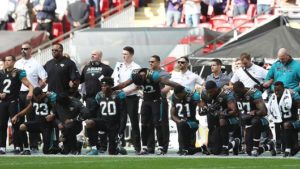 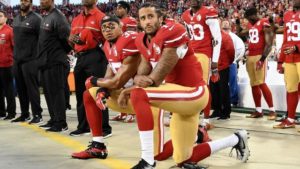 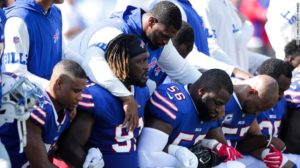 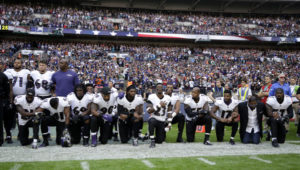 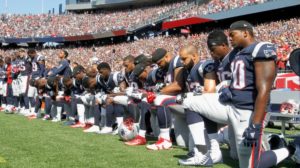