Laredo police said that Raul Gomez, 33, allegedly forged 12 checks totaling $1,470. He was arrested Saturday and charged with 12 counts of forgery of a financial instrument.

He remained behind bars at the Webb County Jail.

A man reported to police that Gomez forged several of his Laredo Federal Credit Union bank checks, authorities said. When he contacted his bank, he noticed the checks had been cashed between June 14 and June 22, according to police.

An investigation revealed that his roommate, Gomez, had access to the checkbooks at the residence, according to authorities. 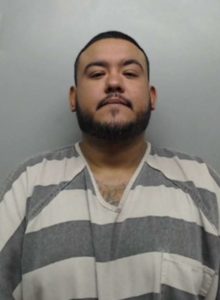