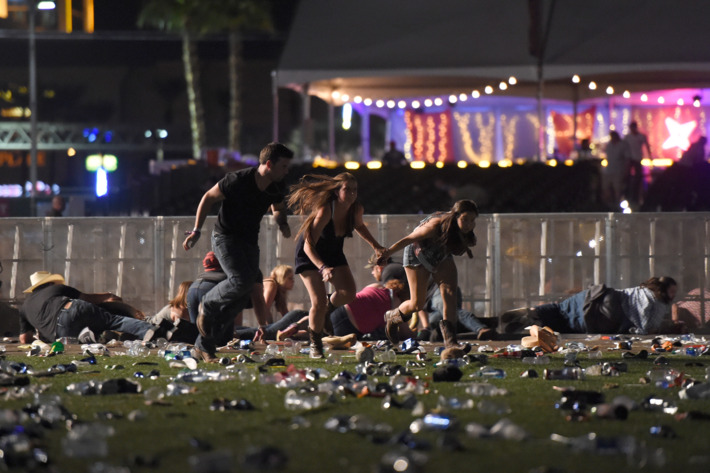 The death toll has risen dramatically following what can only be described as a massacre Las Vegas. Authorities are saying at least 50 people are dead and more than 400 are injured after a gunman opened fire on a crowd of concert-goers across from the Mandalay Bay Resort and Casino. The attack is now being called the deadliest mass shooting in U.S. history.

A 64-year-old man armed with more than 10 rifles rained down gunfire on a Las Vegas country music festival on Sunday, slaughtering at least 50 people in the largest mass shooting in U.S. history before killing himself.

The barrage from a 32nd-floor window in the Mandalay Bay hotel into a crowd of 22,000 people lasted several minutes, causing panic. Some fleeing fans trampled each other as police scrambled to find the gunman. More than 400 people were injured.

Police identified the gunman as Stephen Paddock, who lived in a retirement community in Mesquite, Nevada, and said they had no sense of what prompted his attack. The Islamic State militant group claimed responsibility for the massacre, but U.S. officials expressed skepticism of that claim.

The death toll, which police emphasized was preliminary, eclipsed last year’s massacre of 49 people at an Orlando night club by a gunman who pledged allegiance to Islamic State militants.

Shocked concert goers, some with blood on their clothing, wandered the streets afterwards.

Police said they had no information about Paddock’s motive, that he had no criminal record and was not believed to be connected to any militant group. Paddock killed himself before police entered the hotel room he was firing from, Clark County Sheriff Joseph Lombardo told reporters.

“We have no idea what his belief system was,” Lombardo said. 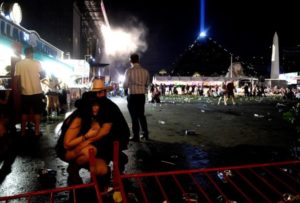 Two senior U.S. government officials told Reuters that Paddock’s name was not on any database of suspected terrorists and that there was no evidence linking him to any international militant group.

One of the two U.S. officials discounted a claim of responsibility that was made by Islamic State. There was reason to believe that Paddock had a history of psychological problems, the official said.

In its claim, Islamic State said that the gunman was a recent convert, according to the group’s news agency Amaq. Its claim did not include the gunman’s name and showed no proof. In the past, the group has also claimed responsibility for attacks without providing evidence.