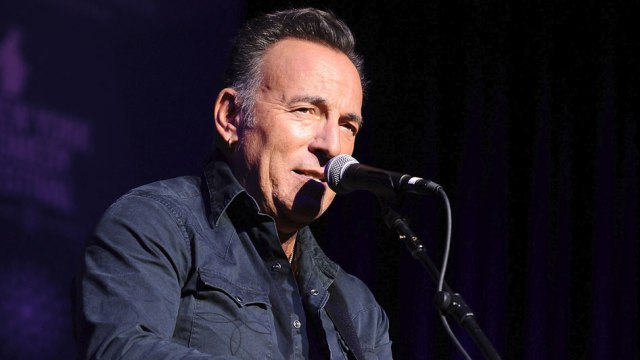 He noted that while the new material has connections to the rest of his solo work, fans will find that it feels very different. He wrote the songs around the time he created 2012’s Wrecking Ball, but other work distracted him from finishing the album.

“I’ve just been caught up in other projects,” Springsteen told Variety. “It’s kind of waiting for its moment. Good music doesn’t go away.” Asked about the rumor that it sounded like something Aaron Copland would write, he replied: “I don’t know if anybody made that particular connection. Really, that record is influenced by Southern California pop music of the ‘70s. Glen Campbell, Jimmy Webb, Burt Bacharach – those kinds of records.”

Still, Springsteen added, “I don’t know if people will hear those influences, but that was what I had in my mind. It gave me something to hook an album around. It gave me some inspiration to write. It’s a singer-songwriter record, connected to my solo records writing-wise, more Tunnel of Love and Devils and Dust; but it’s not like them at all. Just different characters living their lives.”

He said he hadn’t written any new material for some time, noting, “If I have some songs that I haven’t released, once they’re released, hen the machine starts turning for, ‘Okay, now I’m going to write for the band’ or whatever I come up with.”

Springsteen said he wrote most of the new record before Wrecking Ball, but that he stopped work on it to make that 2012 album instead. Since then, he’s not written much. “But that’s not unusual,” he said. “That’s occurred plenty of other times in my working life.” Springsteen’s last album was 2014’s High Hopes, which reworked some earlier material.