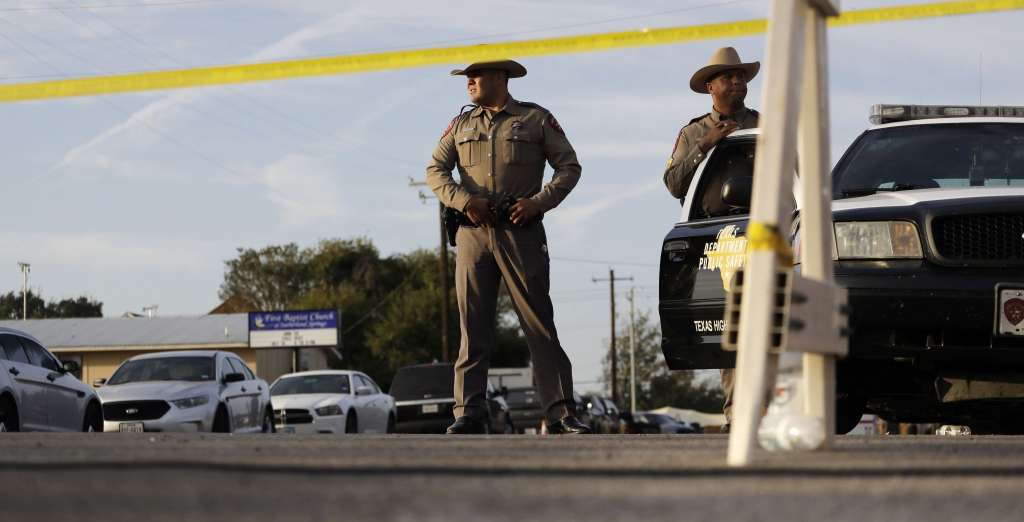 The sales occurred in 2016 and 2017, respectively, and in both cases were approved through the National Instant Criminal Background Check system, a store representative said in a statement. The store is cooperating with authorities in their investigation.

The legal purchases were made despite Kelley’s bad conduct discharge from the Air Force in 2012, which followed a domestic violence conviction.
Devin Patrick Kelley went on to use one of those weapons to shoot and kill 26 people at a Sutherland Springs church on Sunday. Twenty more were wounded.