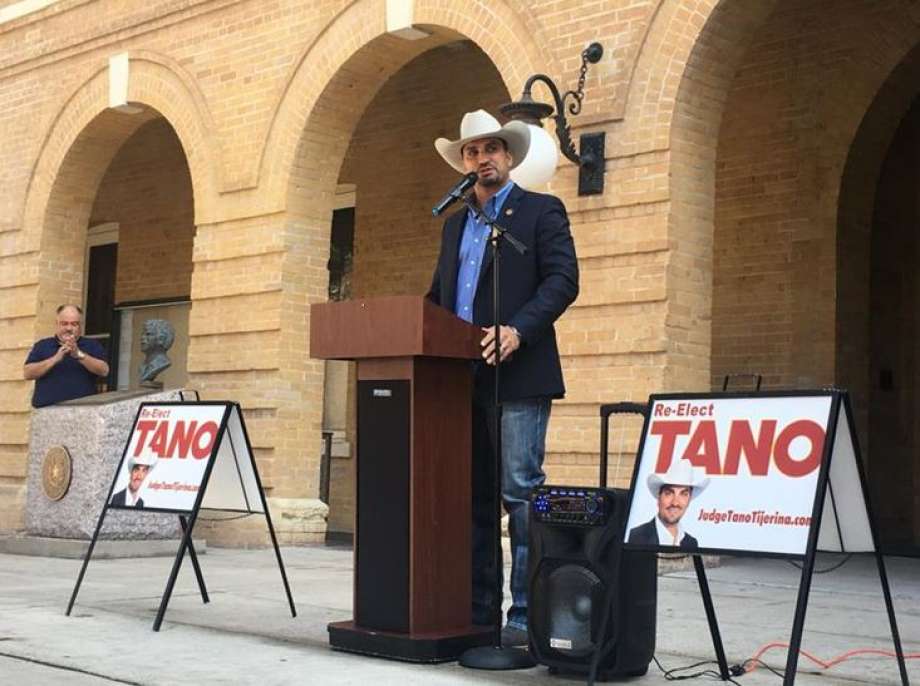 To a crowd of over 100 supporters outside the Webb County Courthouse on Thursday, a teary-eyed Tano Tijerina announced his his re-election campaign for county judge.

Tijerina first ran for the seat in 2010 but lost. He was elected when he ran again in 2014. Since taking office, his proudest accomplishment has been maintaining the tax rate, he said.

“Because the easiest thing in the world could have been just raising taxes,” Tijerina said. “… That’s not what we’re here for. That’s not the way governments should work. We should have fiscal responsibility. We’ve had to do things internally before we go externally.”

And in looking forward to another term, Tijerina said his priority is bringing more income into the county that isn’t coming from property taxes.

“When you have a $96 million budget, and $92 million of it is payroll, that’s where you have to make sure that we just manage it a little bit better and more correctly,” he said.

He also has his eye on fulfilling some quality of life projects for the county, such as the revamping of L.I.F.E. Downs. In January, Commissioners Court instigated a master plan for the future of the fairgrounds. Tijerina said there has been some interaction between their board and the county, and he is hoping they can come to an agreement and move forward.

This year has been a tough one politically for Tijerina and the rest of the Commissioners Court, as they have been sued four times by elected officials over their statutory powers.

Tijerina said these suits have arisen after Commissioners Court has said the word “no.” It’s all about making sure that everyone, including the Commissioners Court, is following their responsibilities and statutory duties, he said, and it’s not about being political.