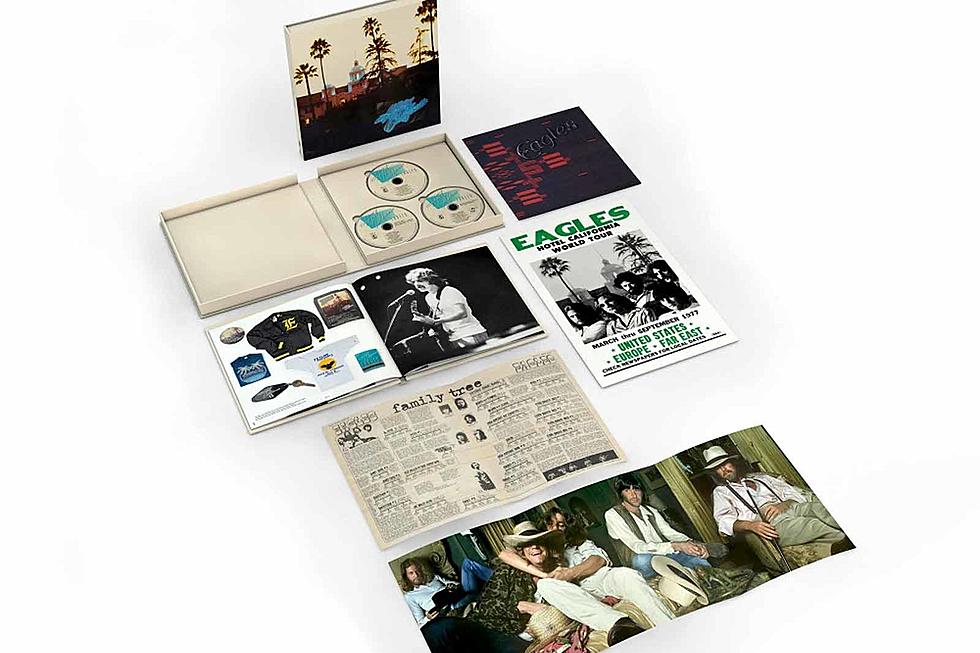 LISTEN TO EAGLES’ FIRST-EVER PERFORMANCE OF ‘NEW KID IN TOWN

The Eagles have released their first-ever performance of “New Kid in Town,” which was recorded in 1976.

The previously unreleased audio appears on the extended edition of their classic album Hotel California, which will be out on Nov. 24.

Released as the lead single from the LP, “New Kid in Town” topped the Billboard Hot 100 and led to the Eagles winning the Best Arrangement for Voices Grammy in 1978. The album has gone on to become one of the best-selling of all time, at one point reportedly moving 500,000 copies a week, with 21.5 million certified global sales and an estimated total of 32 million.

You can listen to this early “New Kid in Town” below.

“New Kid in Town” is one of 10 live tracks that appear on a bonus disc of the upcoming reissue. All of them were recorded during the band’s three-night residency at the Forum in Los Angeles in October 1976. Although Hotel California: 40th Anniversary Deluxe Edition arrives 41 years after the original release, most of the record’s impact was achieved in 1977.