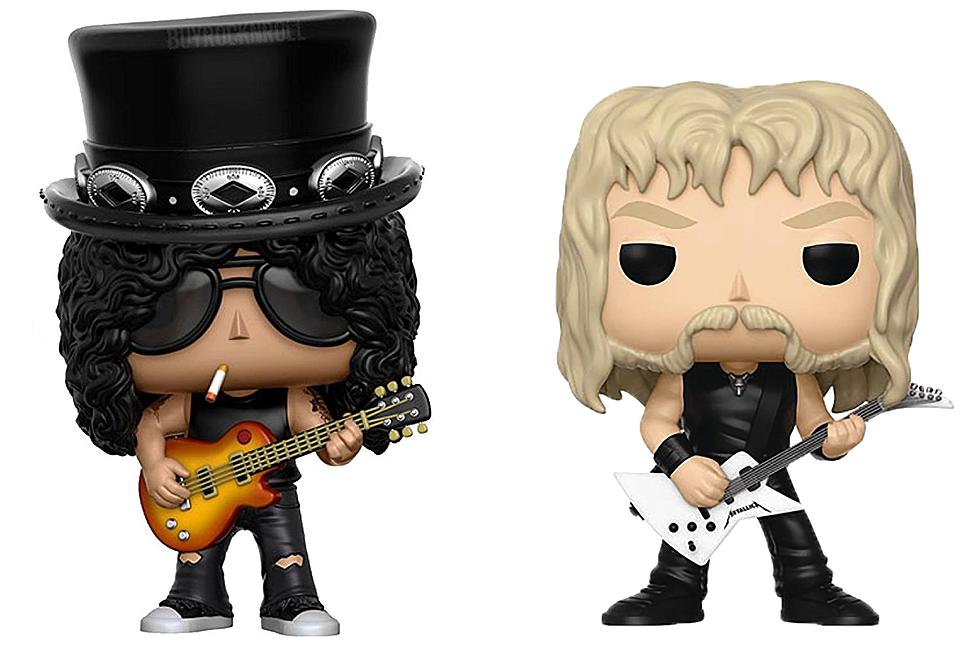 As reported by Law360, Gibson filed suit late last week in California federal court, alleging “repeated” unauthorized use of its company’s guitar designs in Funko figures. According to the lawsuit, Gibson reps reached out to Funko in October, offering to strike a retroactive licensing deal, but negotiations were apparently unsuccessful.

“The misuse of the Gibson trademarks by Funko was intended to cause, has caused, and is likely to continue to cause, consumer confusion, mistake or deception including the misleading of consumers into mistakenly believing that the defendant’s unauthorized products are made directly by Gibson pursuant to Gibson’s strict quality control standards or Gibson has authorized or licensed the use by Funko of the Gibson trademarks for those products,” reads the complaint in part.

While the average consumer probably never looked at a Slash Funko figure and assumed it had Gibson’s official blessing, that’s a major part of the argument driving the lawsuit, which also accuses Funko of counterfeiting.