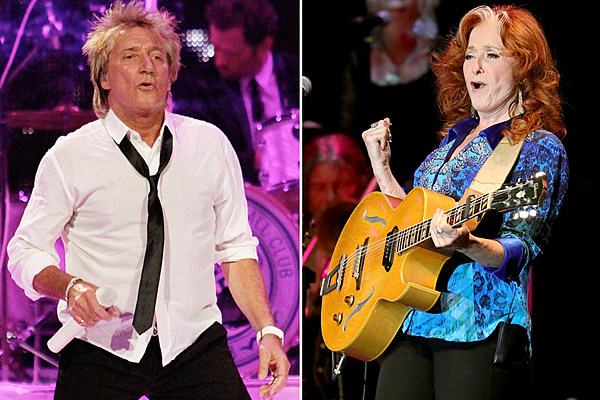 Rod Stewart insisted that his upcoming album, Blood Red Roses, wasn’t going to be his last and revealed his desire to record a duet LP with Bonnie Raitt in the future.

He recently announced his third album with writing partner Kevin Savigar – and this 30th album overall – will be released on Sept. 28.

“I had writer’s block. I became a lazy git,” Stewart told Uncut in an interview published in the latest issue. “No, maybe it wasn’t that. I didn’t have a foil. I couldn’t find anyone I wanted to write with until Kevin Savigar came along. He’s brilliant. We could go on and on writing songs for years.”